In case you slept through Spring Training 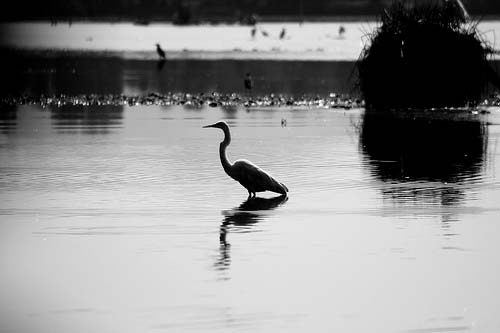 In case you slept through Spring Training, here's what you need to know to get ready for the upcoming Reds season, in tiny bite-sized morsels.

Timeout! Wishing to help alter the general look with my own branding. Musings concerning the sweet appearance at https://concept-marketing.com/? Unquestionably a trusted distributor in Guelph if, perhaps desired within the whole Ontario locale. Value a remark. Cheers!

Depending on who you ask in Cincinnati, in the first half of 2008, Adam Dunn and Ken Griffey, Jr. accounted for either 100% of the Reds offensive production or 100% of the Reds problems. Now that they have both been dispatched to separate coasts (Griffey to Seattle and Dunn to Washington), the Reds could be hard pressed to replace Dunn's perennial 40+ HRs/100+ RBIs and Griffey's offense,defense,clubhouse presence, scoreboard highlight montage.

Programyou won't know the players without a program!

Willy Taveras migrates from Colorado to Cincinnati to play centerfield and bat leadoff for the Reds. Taveras has two calling cards: blazing speed and an embarrassing OBP (.296 in 2008). The Reds hope he can lose the latter and use the former en route to crossing the plate about 125 times this year.

Ramon Hernandez, acquired from the Orioles during the Winter Meetings, gives the Reds a reliable backstop who can handle the bat (.263 career average).

Veteran left-handed reliever Arthur Rhodes joins the bullpen to fill the void of "aging pitcher hated by all Reds fans" that was created when Mike Stanton was released.

Homer Bailey will start the 2009 season in Louisville after losing the battle for the fifth spot in the rotation to Micah Owings. Bailey, reliever Bill Bray and utility man Adam Rosales, should each get a chance to return to Cincinnati at some point during the first half of the season.

Fresh from the farm

At some point Marty Brennaman will make the following call. "Ground ball to third base, Encarnacion is up with itand he throws it over Yonder!" The Yonder in this case being first baseman Yonder Alonso, the Reds' 2008 #1 draft pick out of the University of Miami. Just how quickly Yonder makes it to Great American depends on his bat. If the Reds find themselves mired in another hopeless losing season by August, and Alonso continues to rake, fans could be seeing the Reds' top prospect sooner than later.

Other Reds who may make their Major League debut in 2009 include Carlos Fisher (RP) and former first-round pick Drew Stubbs (CF).

It could be a long season if

You can take your pick from a number of reasons. If Joey Votto, Jay Bruce, or Johnny Cueto struggle through a sophomore slump. If Willy Taveras fails to get on base consistently. If the left-field platoon of Chris Dickerson and Jerry Hairston can't produce runs. If Edinson Volquez is unable to replicate his 2008 performance. If Bronson Arroyo and Aaron Harang look more like 4th and 5th starters instead of top-of-the-rotation guys. If Micah Owings and Homer Bailey are unable to hold down the 5th spot in the rotation. If Edwin Encarnacion has more errors than home runs. And, finally, if Alex Gonzalez no longer has the skills to play shortstop after missing nearly two years.

Even if the team stinks

Fans will still have a few reasons to go to the ballpark. For starters, the scoreboard should look good. The Reds upgraded the scoreboard in left field with a high definition video board during the offseason. Hopefully Dusty Baker won't be channeling legendary Bull Durham manager Bill Riggins by the third week of the season ("what do we need a scoreboard for, we haven't scored any runs all season!").

There's also the ever-popular bobble heads. This year's lineup includes Jay Bruce, Joey Votto, and Brandon Phillips any of which should command at least a 20-spot on E-Bay.

Many thanks readers! I personally promised my coworker that I can absolutely describe her great peerless realtor in Bedfords, http://www.sellhalifaxrealestate.com in a future blog. In case you were researching to find a real estate agent within the whole Nova Scotia region, they absolutely have been great.

Lastly, naturally I want to point out the concept regarding this excellent blog was graciously supplied through Joseph over at Breath Assured Heat Pump Cleaning. They absolutely are the perfect heat pump cleaning services. I really relish a smart proposal!

https://horizonlendingservices.com - Your knowledge is definitely remarkable. Appreciate you sharing.